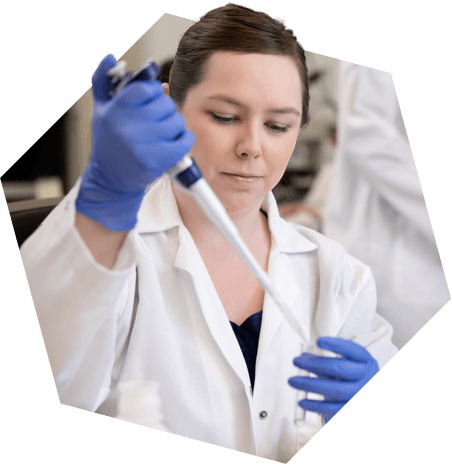 How are brain tumors treated?

Treatment for a brain tumor depends on the type, size and location of the tumor. Your age and overall health will also be considered in developing your personal treatment plan. Because a treatment plan is heavily determined by the specific tumor type, surgery is commonly recommended as the first line of treatment so that a tumor type, or diagnosis, can be confirmed. If your tumor is identified as an aggressive malignant (cancerous) brain tumor such as glioblastoma, the current agreed upon standard of care typically consists of four pillars.

Your neurosurgeon will work to remove as much of the brain tumor as possible without negatively affecting the brain’s neurologic functions. However, high-grade brain tumors cannot be removed entirely by surgery. Microscopic cells often remain and the tumor will eventually grow back. To slow down the growth of tumor cells, surgery is typically followed by six weeks of treatment which consists of a combination of daily oral chemotherapy (temozolomide) and radiation treatments.

Temozolomide (TMZ), or Temodar, is the only FDA-approved therapy with a survival benefit for adult patients with glioblastoma. It is an oral chemotherapy pill and standard therapy that starts two to six weeks after surgery for tumor biopsy or resection.

TMZ is taken at home for 42 days, starting the night before or the same day as your brain radiation. For glioblastoma, this is typically followed six monthly cycles. Up to 12 cycles may be given for other gliomas. During these six cycles, there is a dose increase from the first cycle to the second, but then the dose stays the same for the remaining cycles.

Typically, standard radiation therapy is given in 30 fractions (30 days) of treatment over a period of six weeks. Weekly blood tests are done during this time to ensure the treatment is being safely tolerated. A follow-up MRI brain scan is done three weeks after completion of your radiation and chemotherapy. This scan is used to monitor your tumor for any new growth or changes since the start of radiation therapy.

Radiation therapy uses X-rays and other sources to kill tumor cells. It is delivered by a machine called a linear accelerator (external beam radiation) or in very rare cases through implanted “seeds” that release radiation after being placed inside your body close to the brain tumor (brachytherapy).

External beam radiation is given from outside the body and aims only at the area of your brain that contains the tumor. It can include your whole brain or just part of it, depending on the tumor type. Sometimes radiation is used after surgery to kill tumor cells that might have been left behind.

Radiation is planned on an individual basis, depending on the tumor type. Side effects vary based on dose, but in general, they include fatigue, patchy hair loss, and scalp redness and itching.

This is typically an outpatient procedure, so you can go home the same day.

Optune® is an FDA-approved wearable and portable device for adults with glioblastoma that delivers Tumor Treating Fields (TTFields). TTFields are low intensity, alternating electrical fields that interfere with cancer cell division which slows or stops cancer cells from dividing and may destroy them. Let us help you develop a backup plan

Unfortunately, the current standard of care for patients with aggressive brain tumors like glioblastoma is not curative and most patients experience tumor progression after treatment. Once the tumor recurs, you and your loved ones are faced with sorting through dozens of clinical trials and selecting the one that will be most promising for you. With a conventional clinical trial it can take months to learn if the new therapy is effective. The problem is this is an investment of time you simply don’t have.

At the Ivy Brain Tumor Center, all of our studies integrate a unique Phase 0 clinical trial design. This method allows us to quickly test dozens of new therapies not just in a laboratory, but on actual brain tumor patients where we can identify new drug regimens that fit your exact circumstances.

Do you have a newly diagnosed brain tumor?

Speak with an Ivy Navigator today to discuss developing a proactive treatment plan.